Reid is a Digital Media heavy weight. On weekends (and some weeknights) Under the Shadow of Nightfall, Reid dawns a sophisticated robotic suit of armor to compete in illegal Robot fighting arena's around the metropolitan area... Some do not believe and say he is actually a Robot, others say he is just plain Mad. One thing they can't argue about is He's Good. YEah.. He's real Good.. Cause he's not Dead... And He's never lost... When he's not fighting Robot's or infiltrating crime rings in the underbelly of New York City (oops that was supposed to be a secret) he is making amazing Art.
The weight on this Man's shoulders.. well... only he can Bare.
(In Announcer Voice) I give you the Unregulated Undefeated MultiMedia Giant Reid Bingham's Dollar Submisssiiiooooooonnnnnnn: 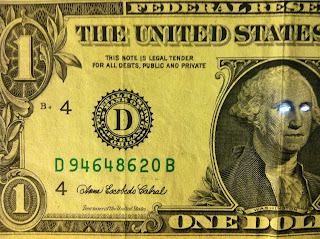 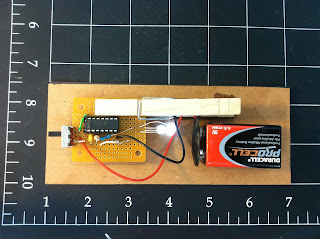 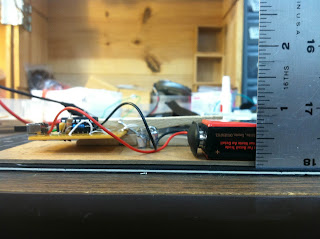 Reid Bingham, "We Can Make Him Better Than He Was Before.. Better.. Stronger.. Faster"
Digital Media on Dollar Note
Posted by Sergio Pizzo Barrale at 6:47 PM